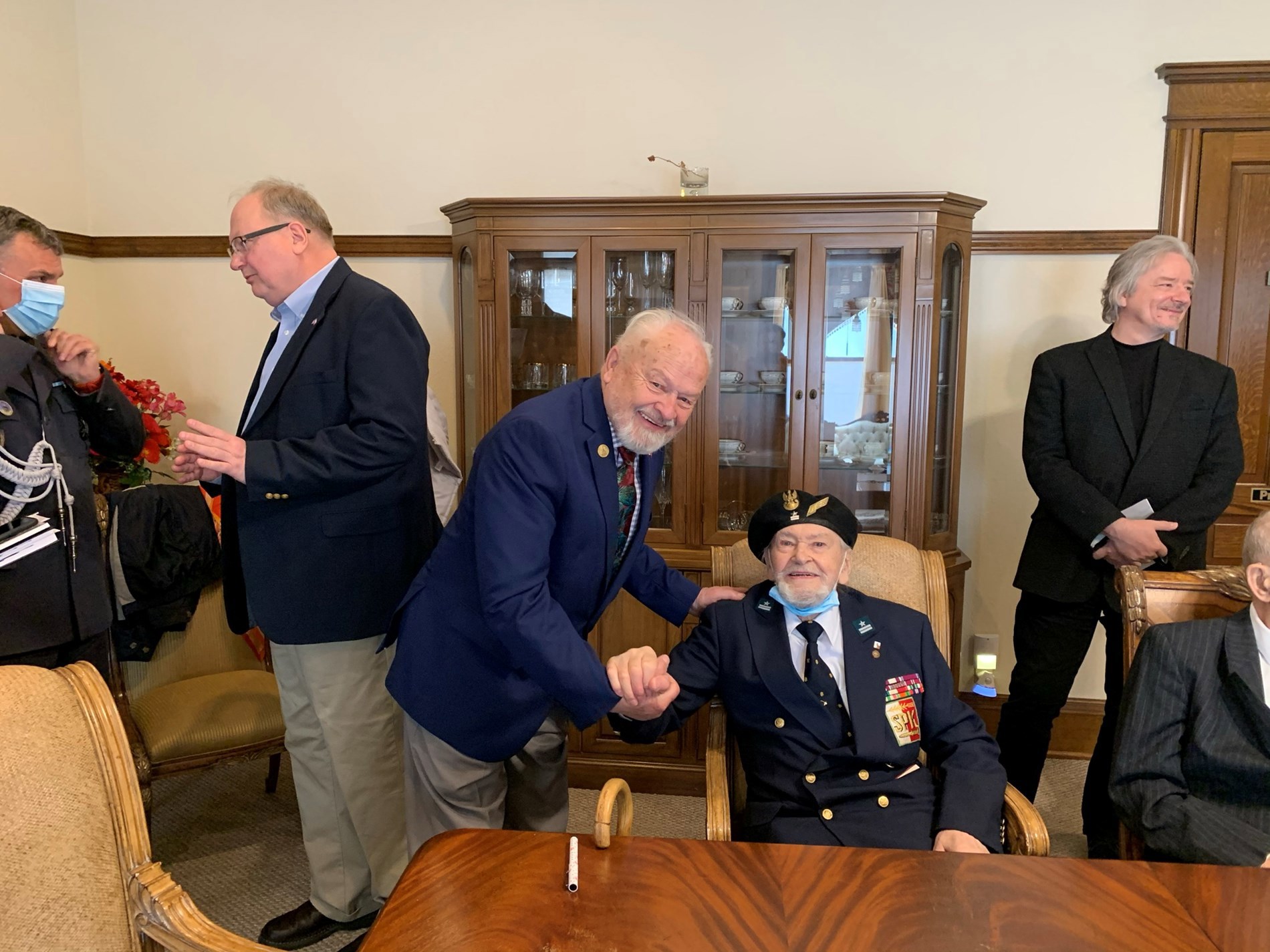 May 2nd and May 3rd are two significant days for Polish-Americans. May 2 is Flag Day and Day of Polish Diaspora. May 3 is Constitution Day. I was honored to be included when the Polish community in Milwaukee hosted representatives of the Embassy of the Republic of Poland in Washington, D.C., the military attaché Major General Cezary Wiśniewski and his deputy, Lieutenant Colonel Karol Budniak. For detailed information and additional photos, please visit Kuryer-Polski website at https://kuryerpolski.us/en/Page/View/polski-general-w-milwaukee 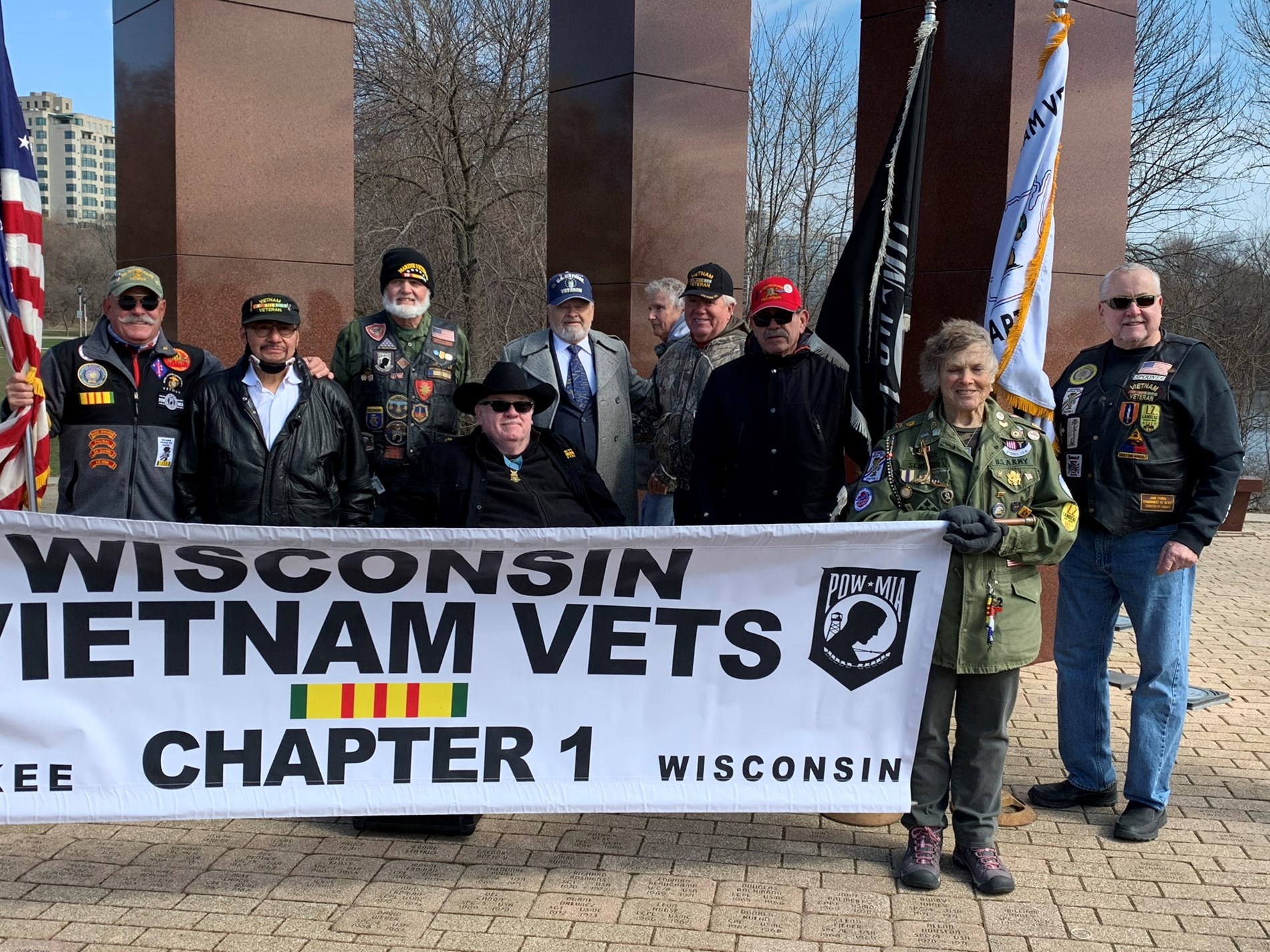 On March 29, 2021 the War Memorial Center and Wisconsin Vietnam Veterans Chapter One recognized the National Vietnam War Veterans Day. This day reserved each year to thank and honor our nation’s Vietnam veterans and their families. The three granite columns represent those killed in action, POW/MIA and those who returned home. 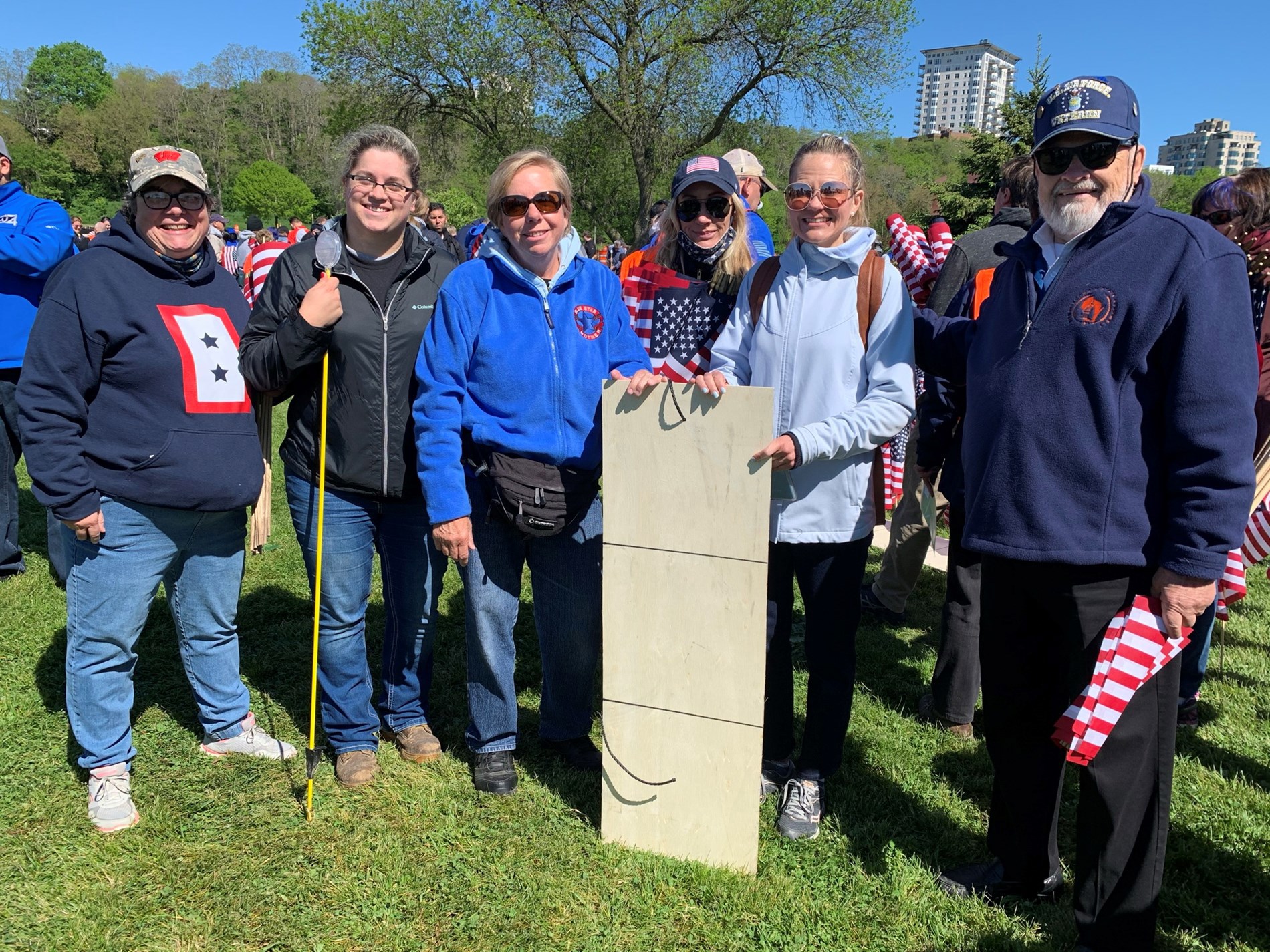 The War Memorial Center transformed the grounds north of their building in Veterans Park into a majestic Field of Flags in tribute to all U.S. Armed Forces service members who have died in service to our nation since the War on Terror began after September 11, 2001. https://warmemorialcenter.org/

Recognition by Poland's Minister of Science and Higher Education 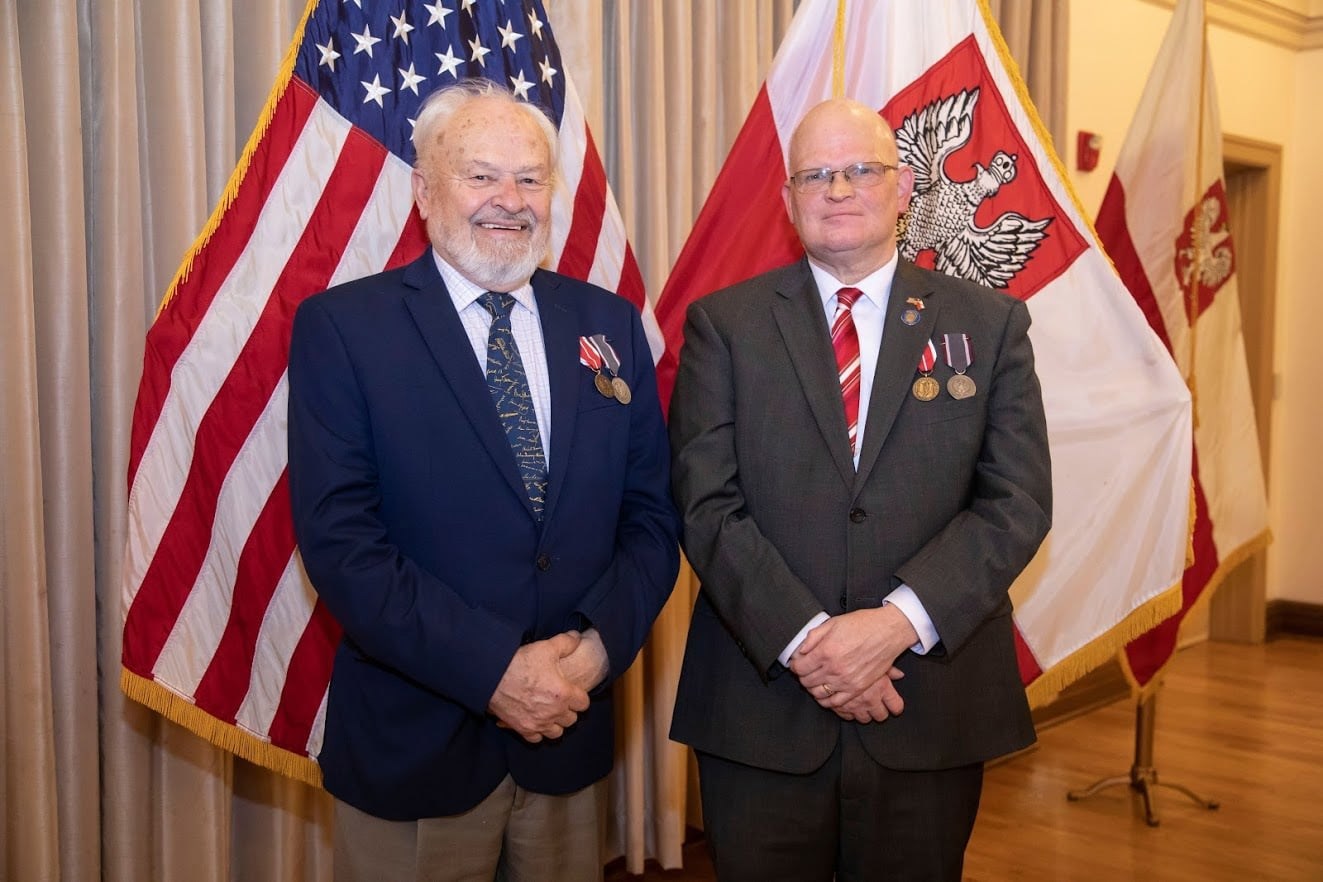 Senator Dan Feyen and I were presented with medals of recognition for promoting science and educational relations between Wisconsin and Poland. The partnership has been successful with creating a cooperation through the Medical College of Wisconsin. I was honored to be recognized by Mr. Piotr Semeniuk, Consul General of Poland and Director Bartosz Rybak, representative for Polish Minister of Science and Higher Education Przemyslaw Czarnek. 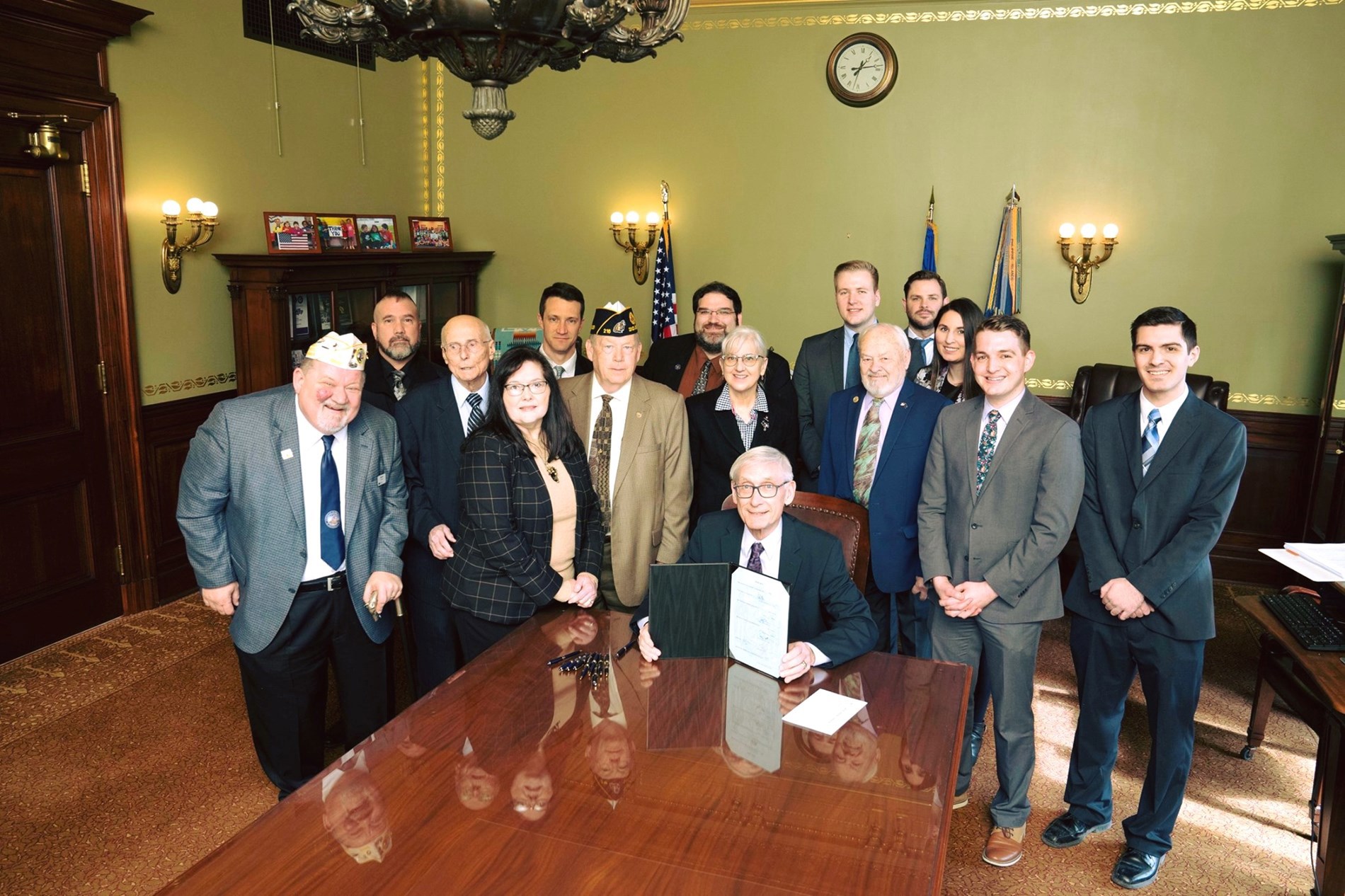 I was honored to have had two bills singed into law on March 3, 2020. Assembly Bill 731- relating to reciprocal credentials for service members and Senate Bill 583 - relating to practicing as a physician assistant or nurse while performing official duties for the Armed Services. Both of these bills will benefit our Military members and families. Thank you to Senator Chris Kapenga and Wisconsin State Senator Dale Kooyenga for authoring these bills in the Senate. A well at Medical College of Wisconsin for partnering with our Armed Forces for training our US service members.

2019 Polish American of the Year 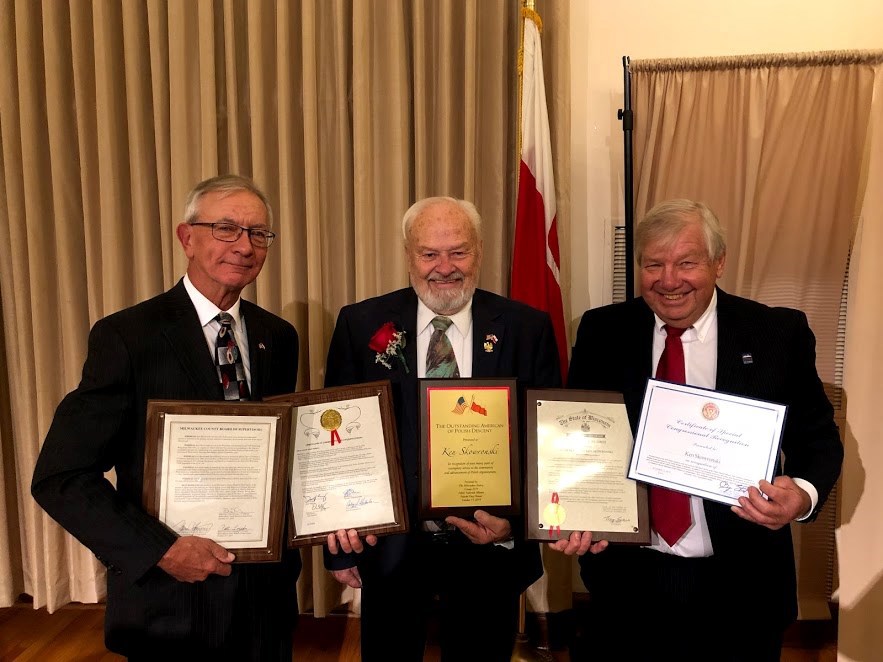 Rep. Ken Skowronski was named 2019 Polish American of the Year by the Milwaukee Society of Polish National Alliance at the 73rd Annual Pulaski Day Banquet. Rep. Skowronski is beyond humbled by this recognition and sincere appreciation to all those who came out to celebrate. 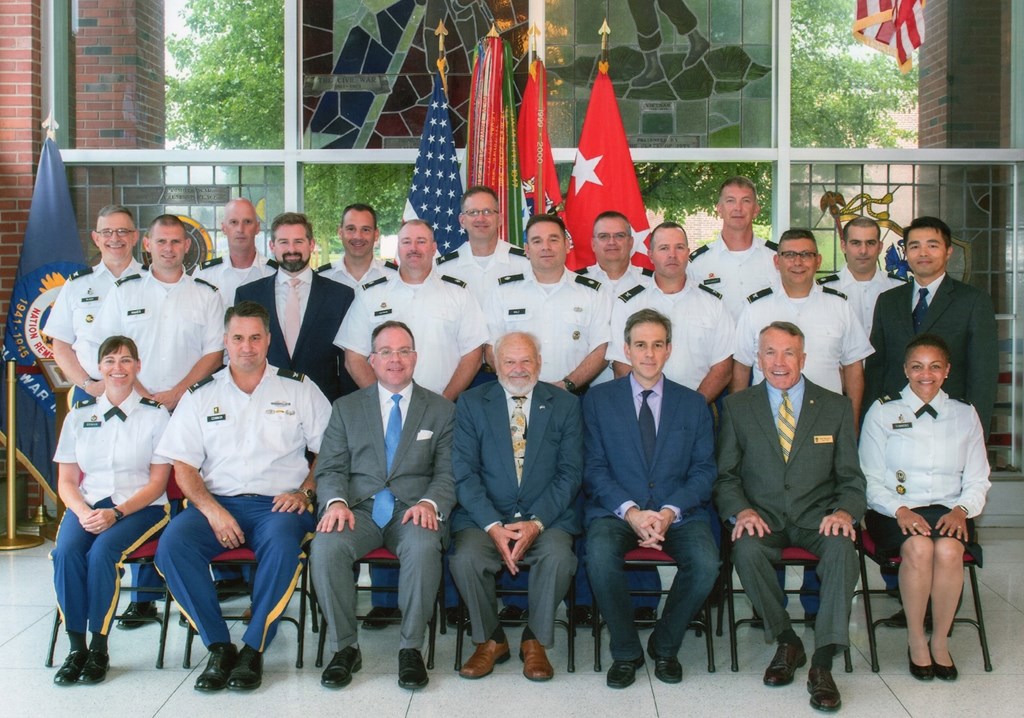 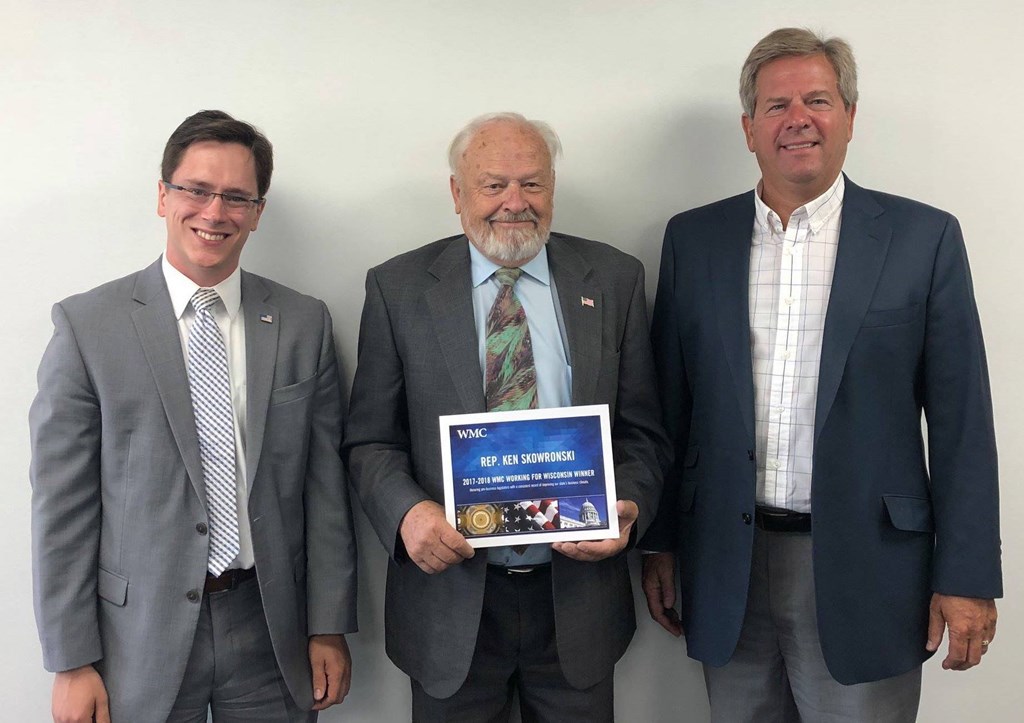 At Allis Roller in Franklin, I was proud to accept the Working for Wisconsin Award from Wisconsin Manufacturers & Commerce - Wisconsin's Chamber. It was great to have the opportunity to speak with Allis Roller's President, Dave Dull, and hear all the excellent work that they do every day.

I had the honor of introducing Secretary Zimmerman from Wisconsin Department of Veterans Affairs to the group Veterans Afield. As always, I enjoy the opportunity to join the group out shooting at Boxhorn Gun Club. Veterans Afield is an organization that works with VA hospitals and the Paralyzed Veterans of America Wisconsin Chapter, Inc. to give disabled Veterans unforgettable outdoors experiences. Veterans Afield takes them trapshooting, duck hunting, pheasant hunting and much more. Visit VeteransAfieldUA.org for more information. 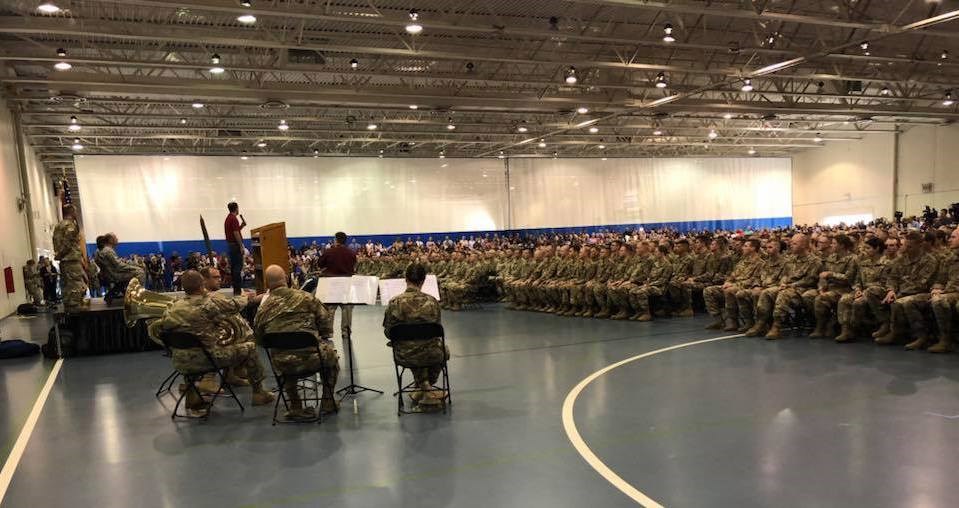 I joined Governor Scott Walker, General Don Dunbar, Senator Dave Craig, Representative Jessie Rodriguez, Representative Cindi Duchow and hundreds of family members to send-off the entire 1st Battalion, 121st Field Artillery Regiment. The units will deploy to the Middle East in support of Operation Spartan Shield. A big thank you to the Franklin Police Department for all their help with traffic at the event, and hoping for the safe return home of all these brave Wisconsinites. 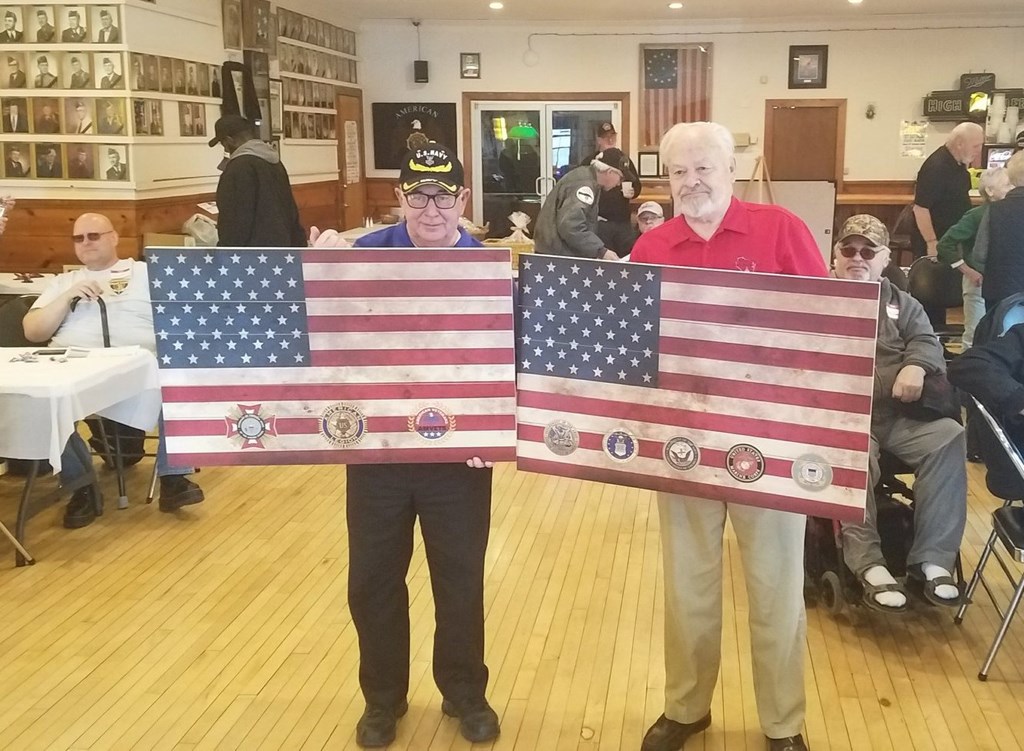 I had the honor to speak to the group Veterans Afield U.A. at their summer kickoff lunch. I presented Pat with two custom flags representing all branches of the Military. Veterans Afield U.A. takes spinal cord injury, and disabled Veterans out trap and clay target shooting through out the summer.I look forward to working with Pat and this group again this year. 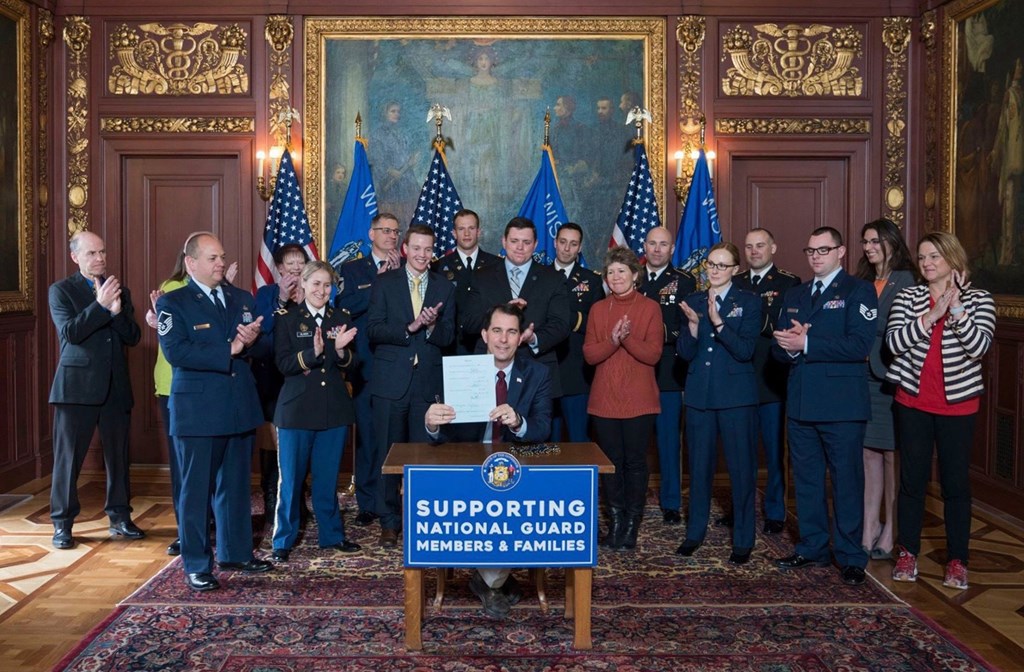 I was proud to have had two bills I authored with Senator Patrick Testin relating to our Wisconsin National Guard members be signed into law by Governor Scott Walker. First, was Assembly Bill 943, which provides for reemployment rights, death benefits and continuation pay benefits for National Guard members on state active duty. The bill passed both the Wisconsin State Assembly and the Wisconsin State Senate unanimously. Second, was Assembly Bill 522, which modifies the membership requirements for incorporation of a Red Arrow Club. This legislation aims to honor and recognize the importance of members of the 32nd Infantry Division. Originally formed from joint units of Wisconsin's and Michigan's National Guard during World War I, the 32nd logged a total of 654 days of combat during World War II, more than any other United States Army division. Surely, a big thank you to all the men and women of our National Guard, and certainly to all those who serve our nation. 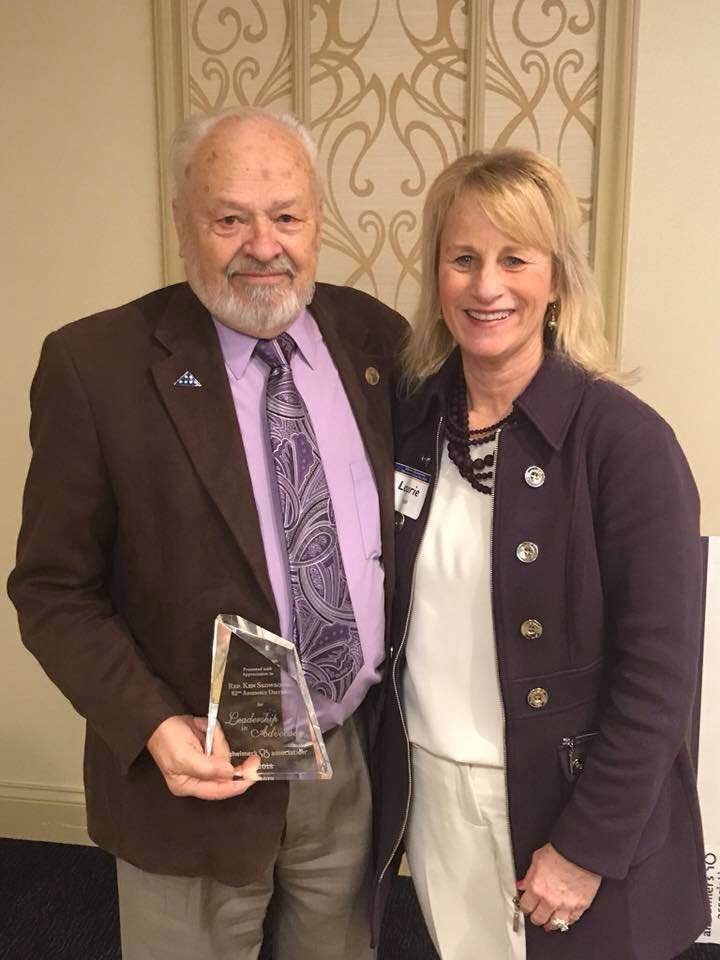 On February 27th, I was presented with the Leadership in Advocacy award by the Alzheimer's Association at their 2018 Wisconsin Advocacy Day. It is great honor to be given this award, and I will continue to be an advocate for this cause.

Heroes on the Water 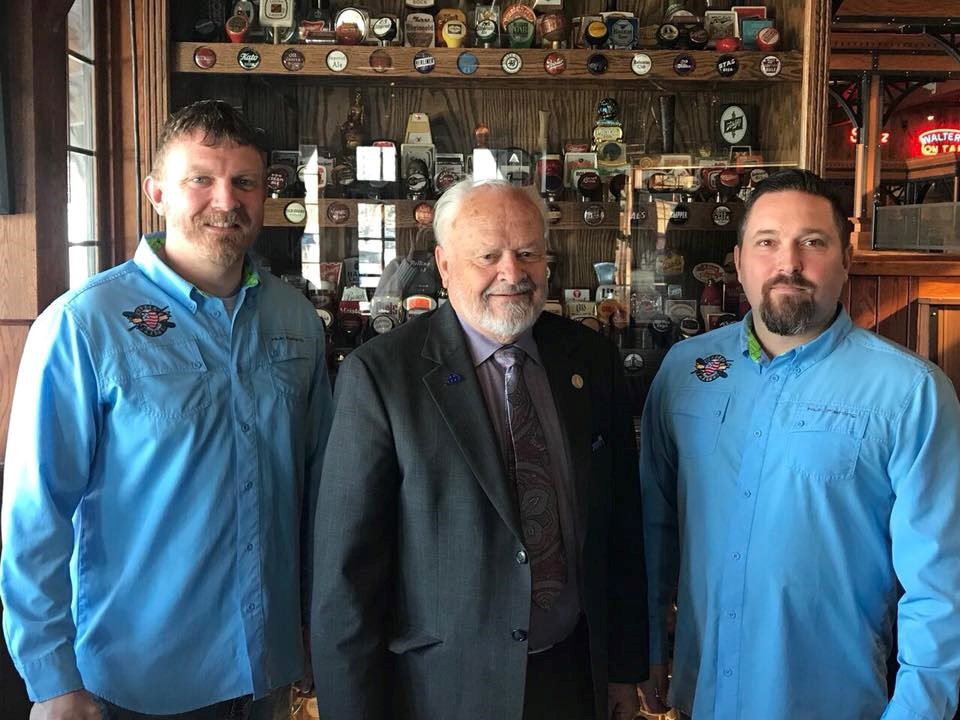 On February 12th, I met with Eric and Jason from Heroes on the Water - Southeastern Wisconsin Chapter. This is such a great organization who's mission is to help warriors relax, rehabilitate and reintegrate through kayak fishing and the outdoors. Visit Heroes on the Water Facebook post https://www.facebook.com/HOWSoutheasternWisconsin/posts/593403097671302. 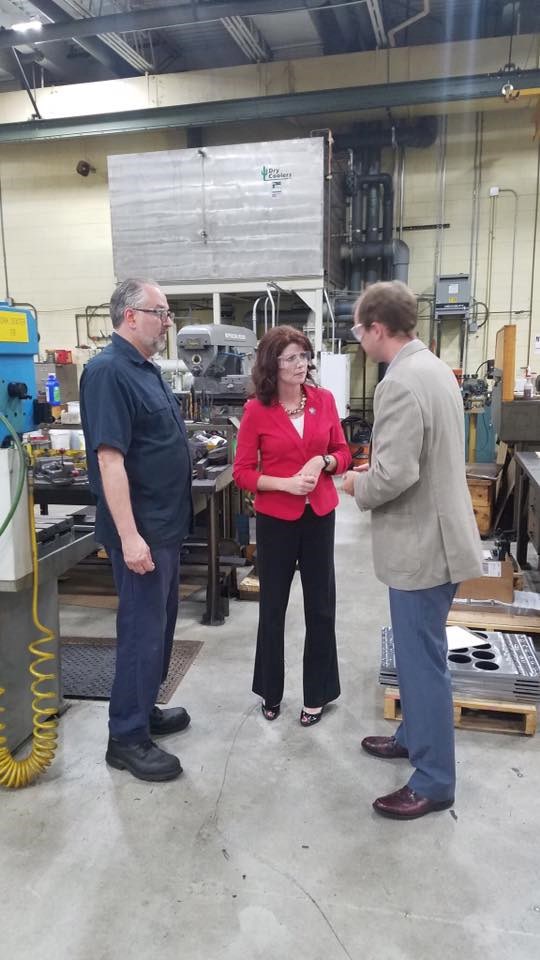 Senator Dave Craig and I had the pleasure of hosting Lt. Governor Rebecca Kleefisch for a day in the district touring businesses to help celebrate Manufacturing Month. I want to thank the following businesses and their staff for taking time out of their busy day to give us tours and answer questions we had about what they do. Krones Inc. The Explorium Brewpub, Kinetic Company, and Anderson Laboratories INC 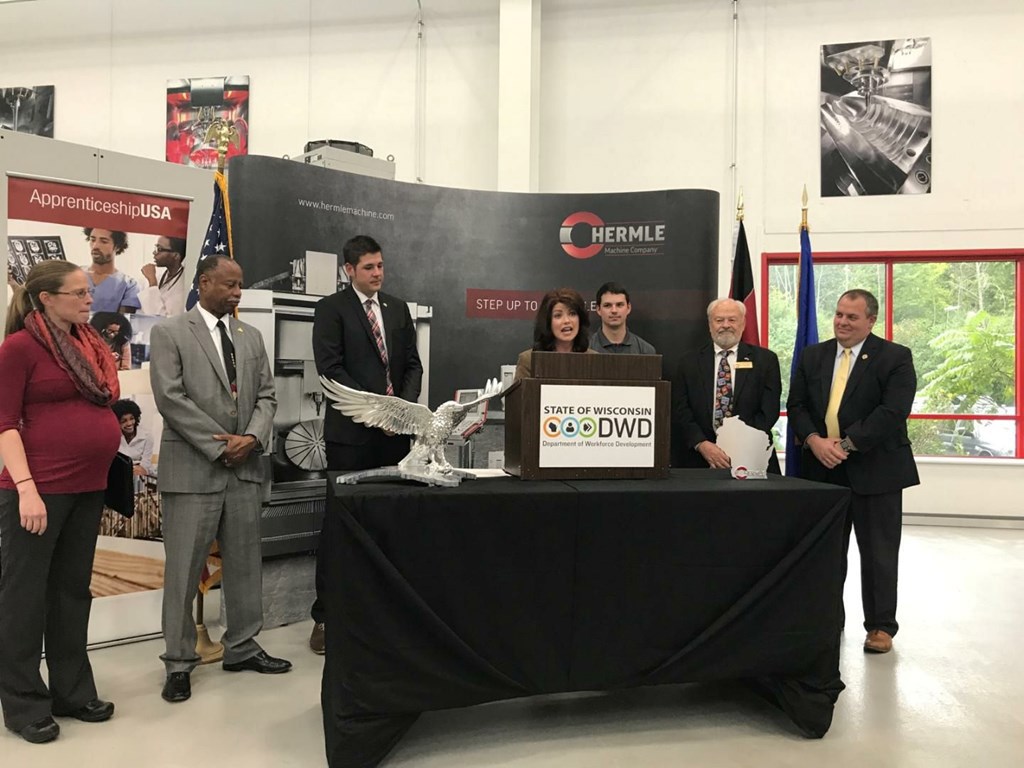 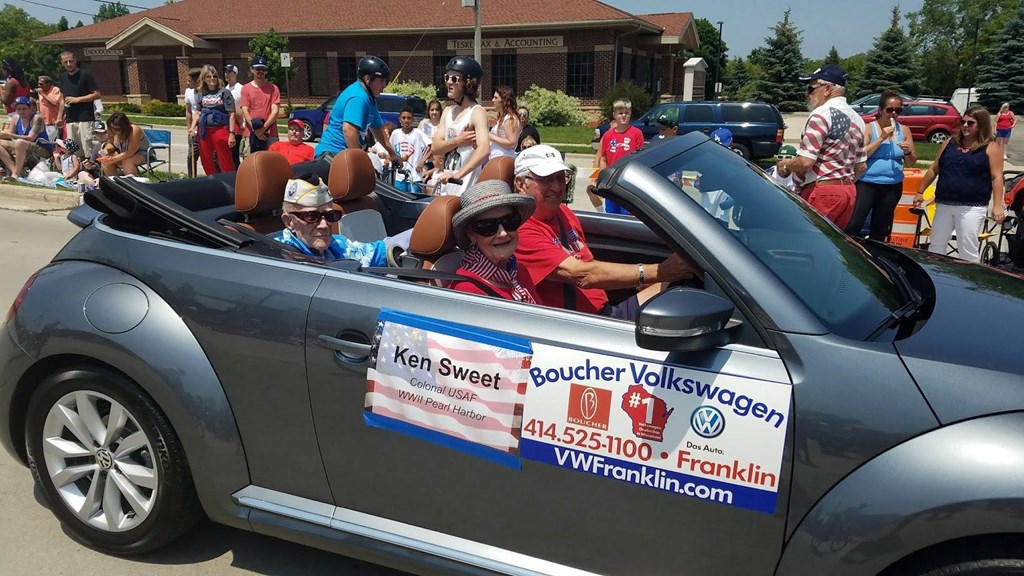 My team and I had the honor to walk with Ken Sweet in the Greendale, Franklin, and Greenfield Parades. Ken is a great man, my former commanding officer from the 128th Air Refueling Wing and a World War Il Veteran. 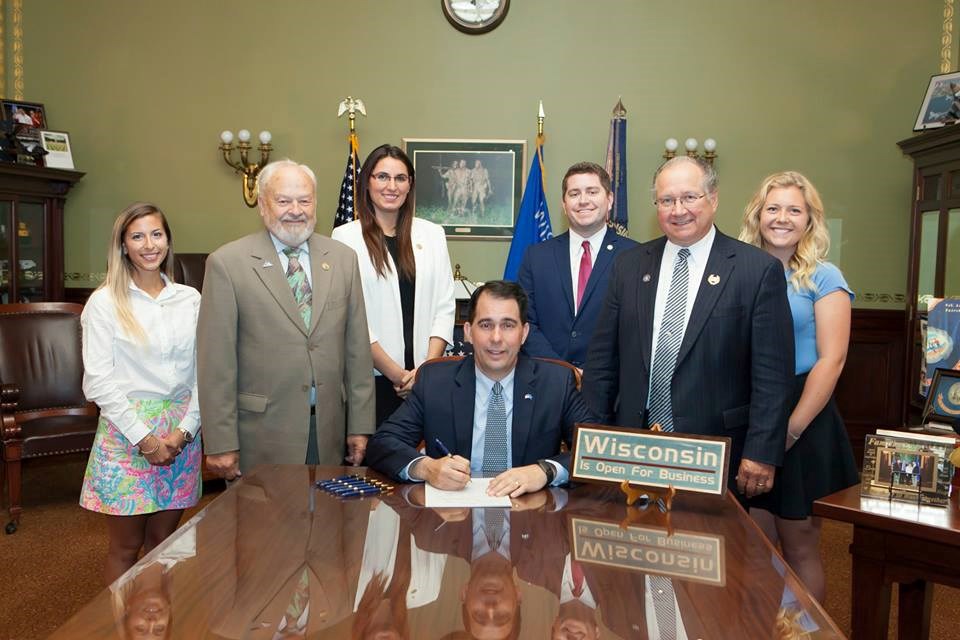 The bill I co-authored with Senator Petrowski was signed by Governor Scott Walker on June 28th. This bill ensures that active duty military members continue to receive instate tuition rates at technical colleges throughout the state. This bill was in response to a recent federal change and brings Wisconsin back into compliance. 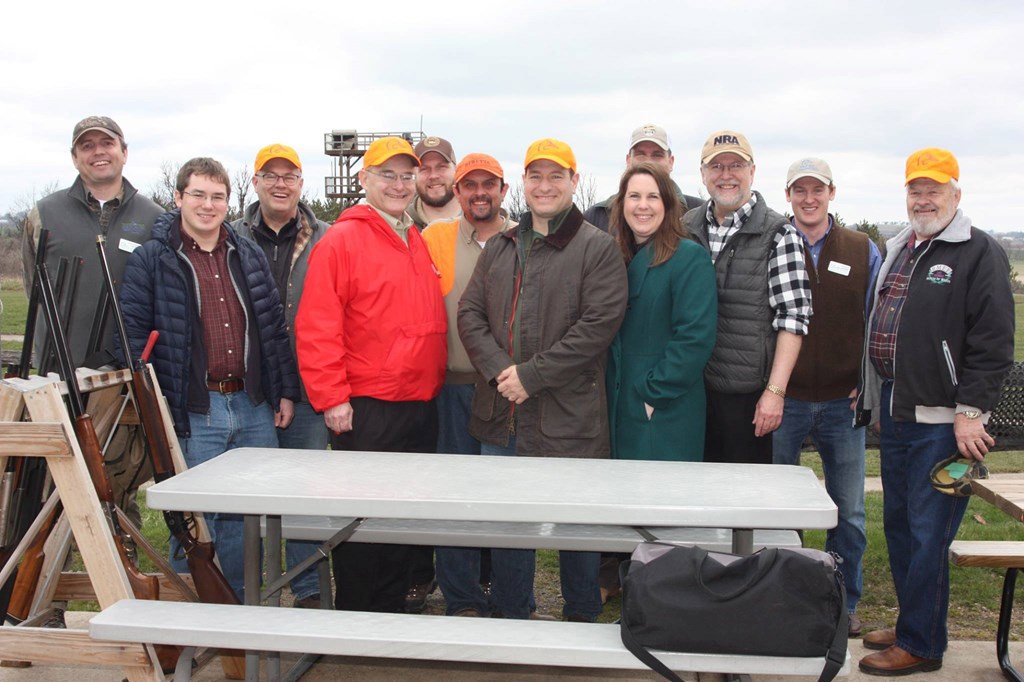 I had the opportunity to join a bipartisan group of legislators and enjoy a day of shooting clays with Ducks Unlimitied at the Waunakee Gun Club. 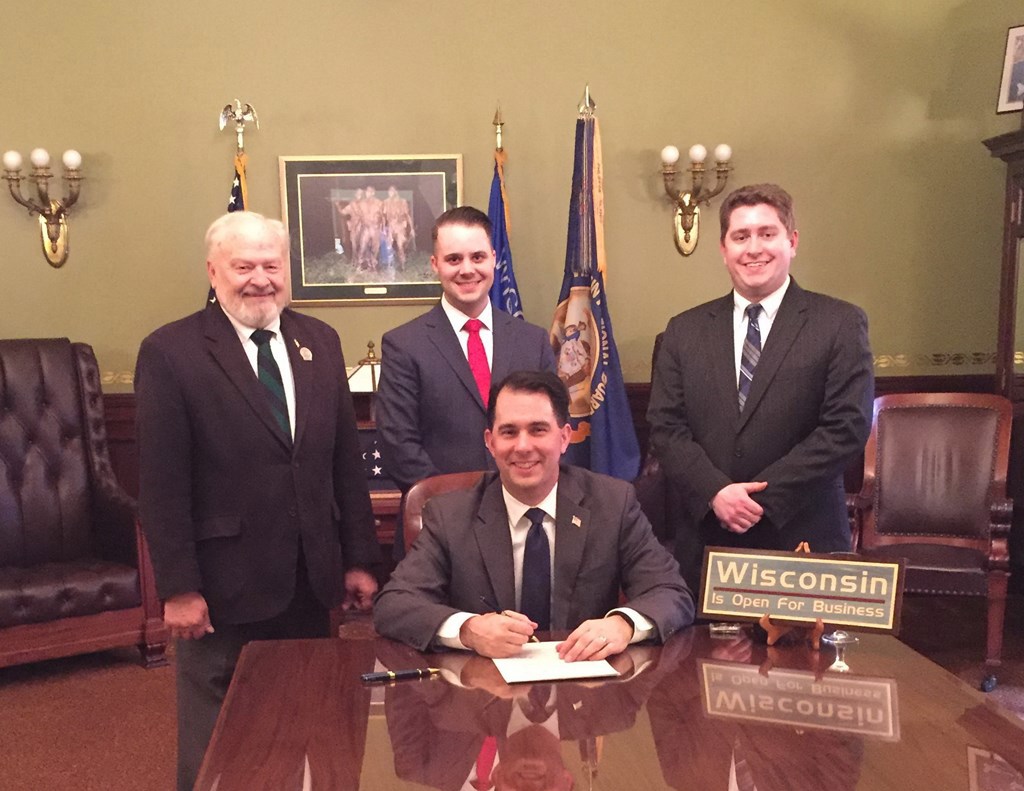 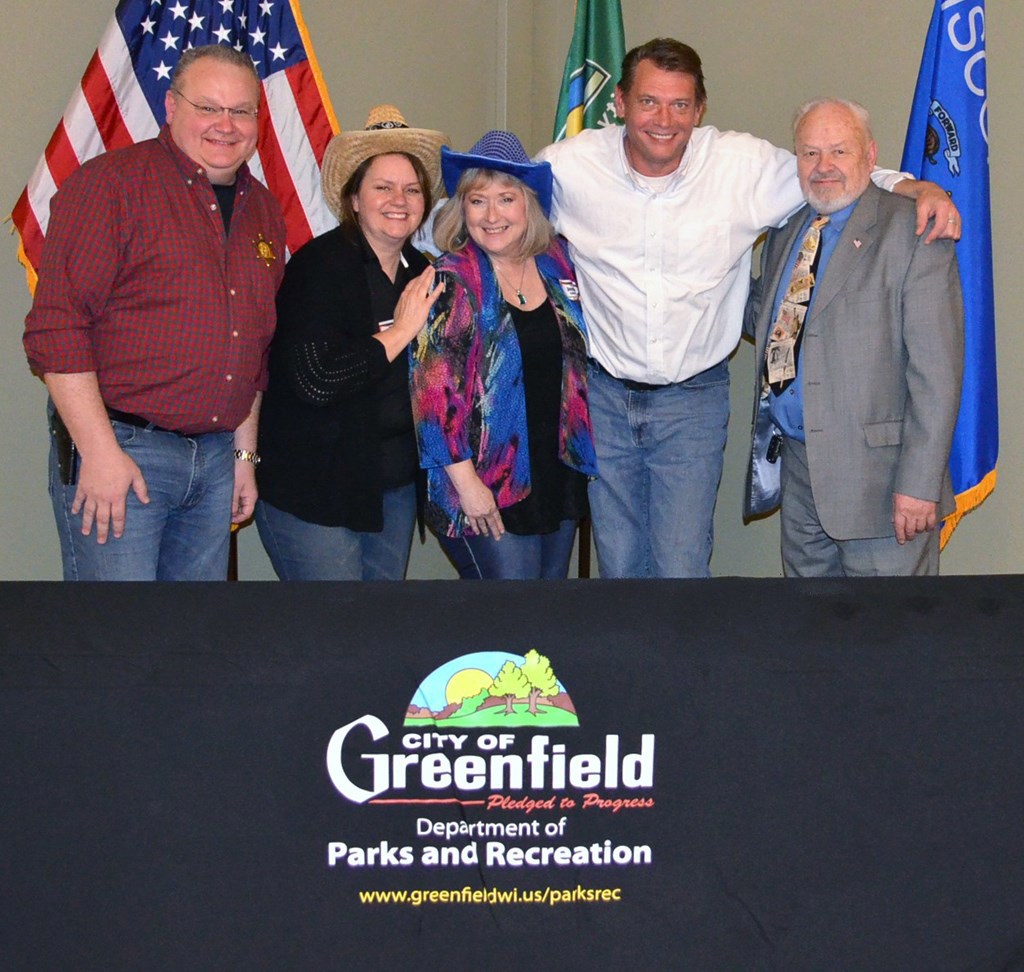 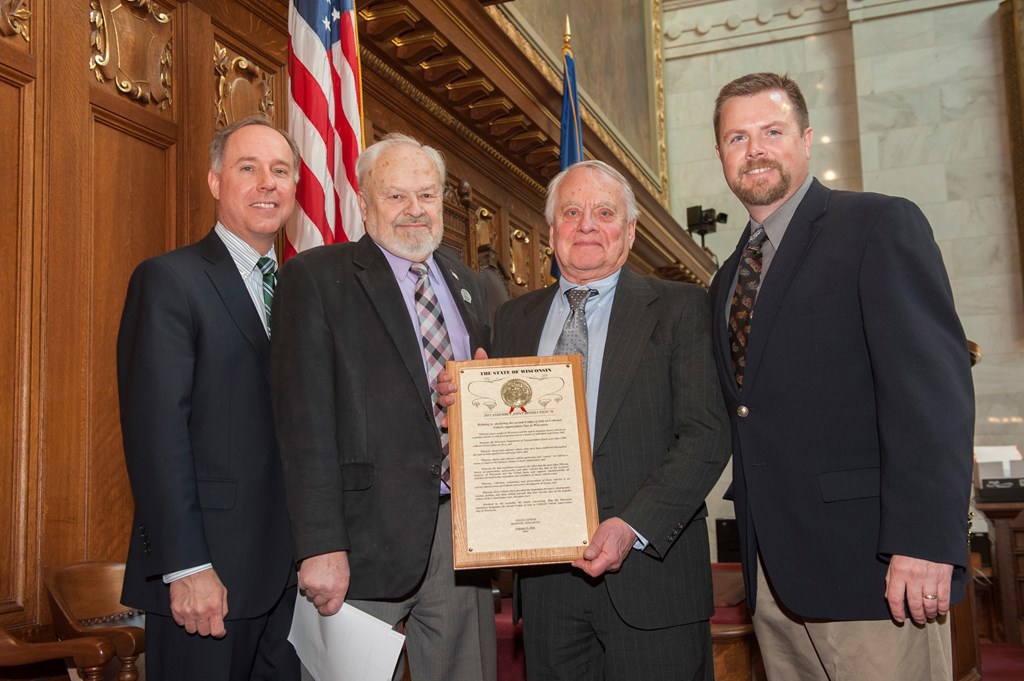 It was fun working with Stan Johnson (center right) and Dan Riedel (far right) on this Joint Resolution to establish a Collector Vehicle Appreciation Day in Wisconsin. 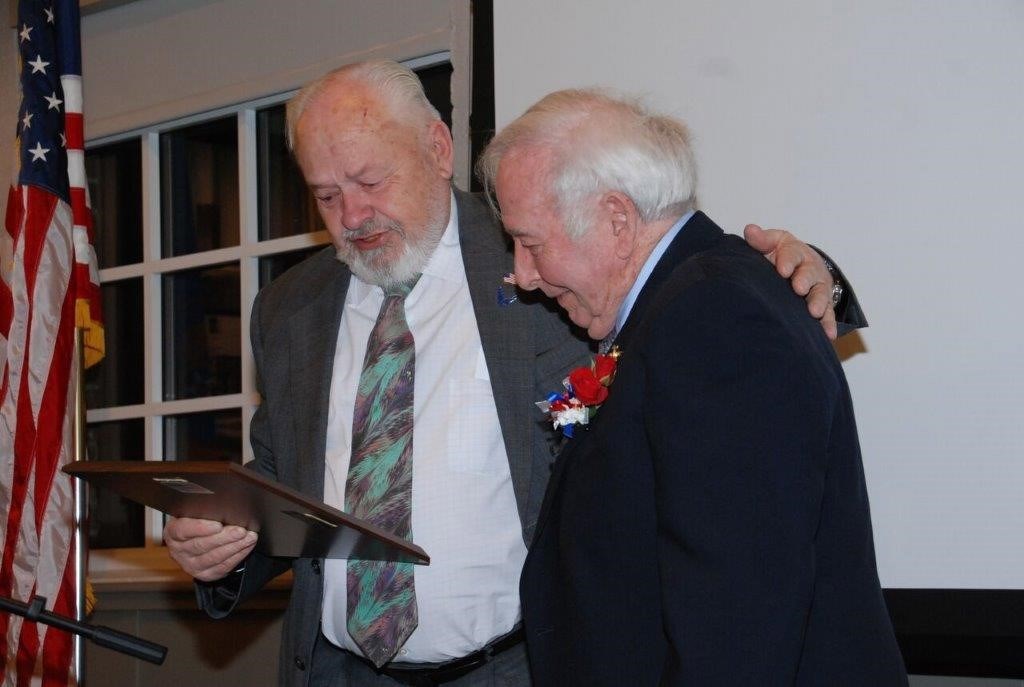 On November 13, 2015, I was honored to be a part of the premier of the documentary "Lucky Strike" about some of our servicemen who were shot down over Switzerland during WWII. There was a great turnout and over $5200 was raised for the Greendale Veterans Memorial. One of our citizens of Greendale was part of this documentary, Robert C. Birmingham. It was my great pleasure to present Robert a proclamation from Governor Walker, Senator Lazich, and myself thanking him for his service. 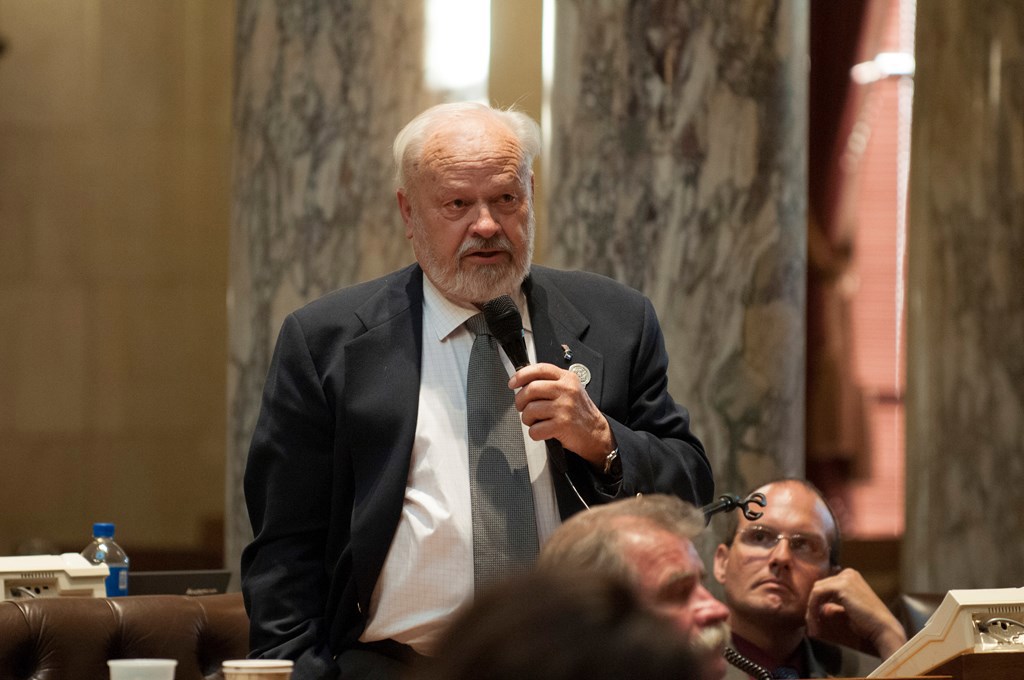 Committee on Veterans and Military Affairs 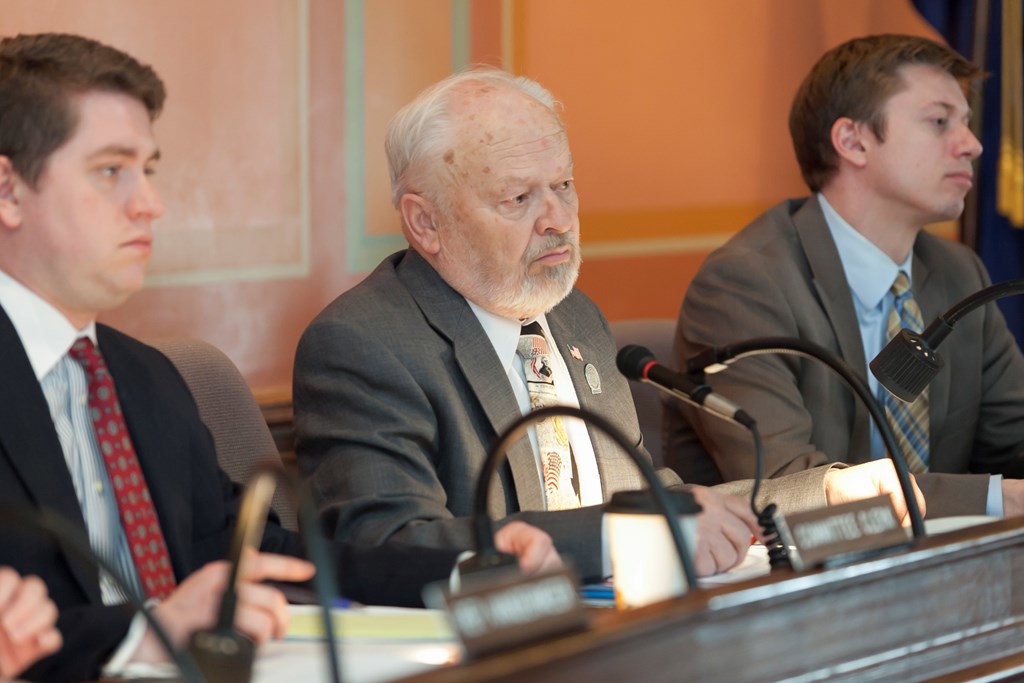 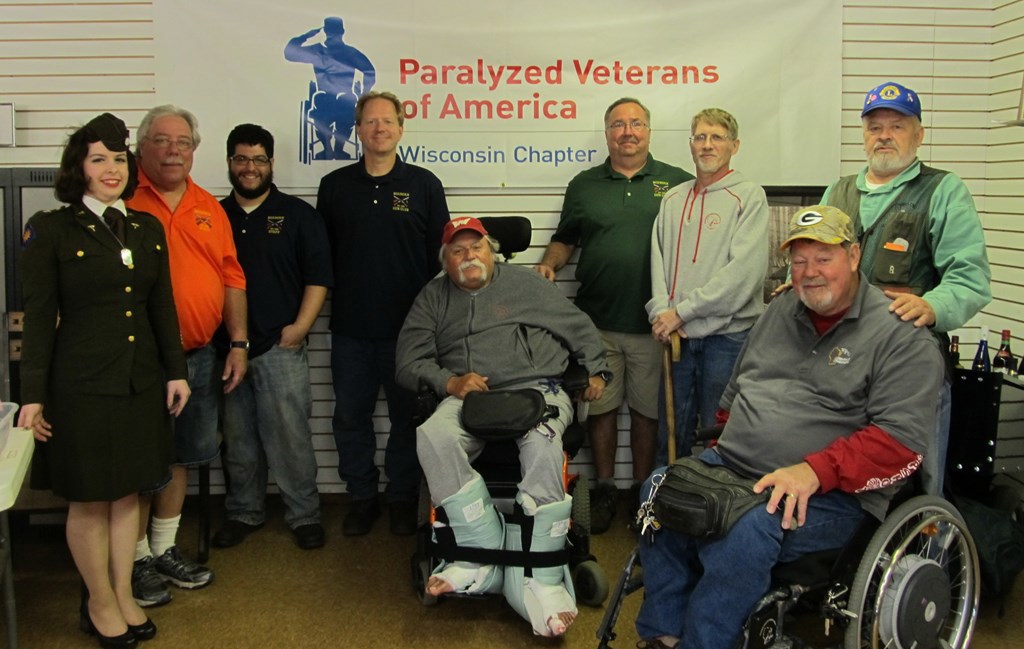 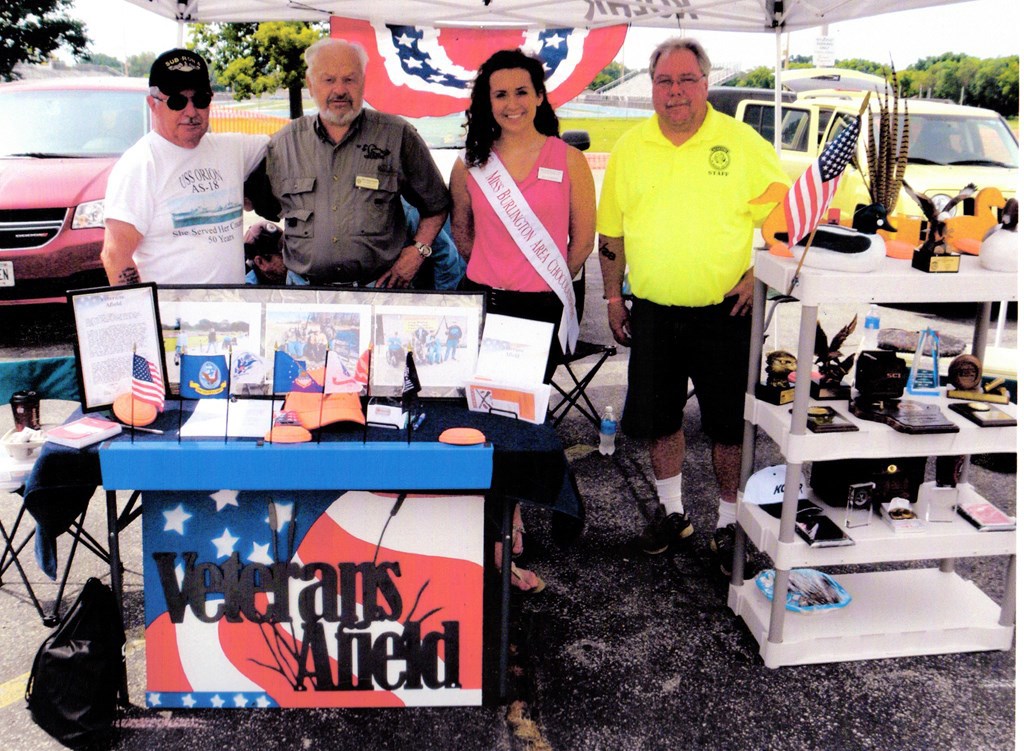 Rep Skowronski is proud to support our Veterans. Veterans Afield U.A. is an outstanding organization that provides opportunities for disabled Veterans to enjoy the outdoors. 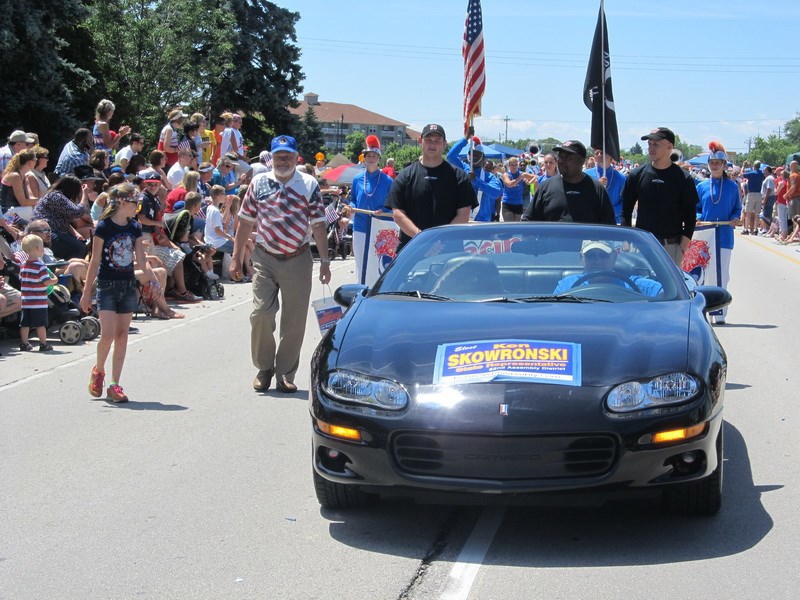 Reception at The Rock Sports Complex 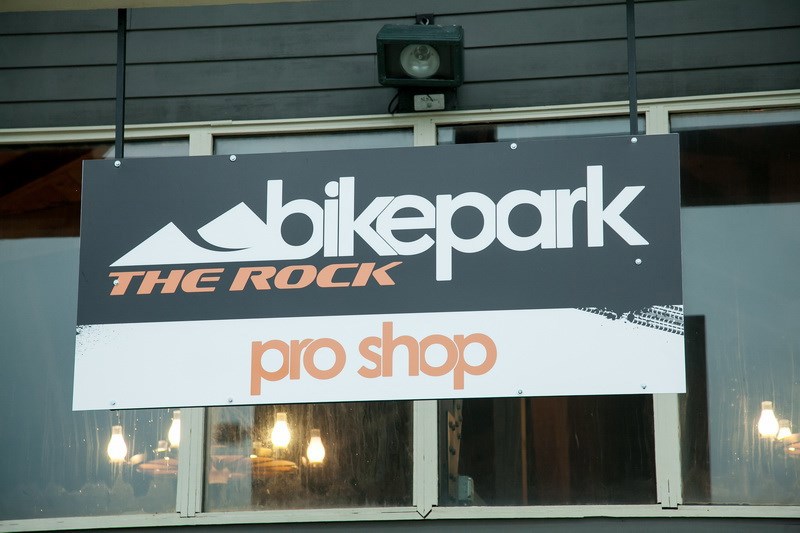 Family and friends gathered at The Rock Sports Complex in Franklin to show their support of Representative Ken Skowronski. Good times were had by all. 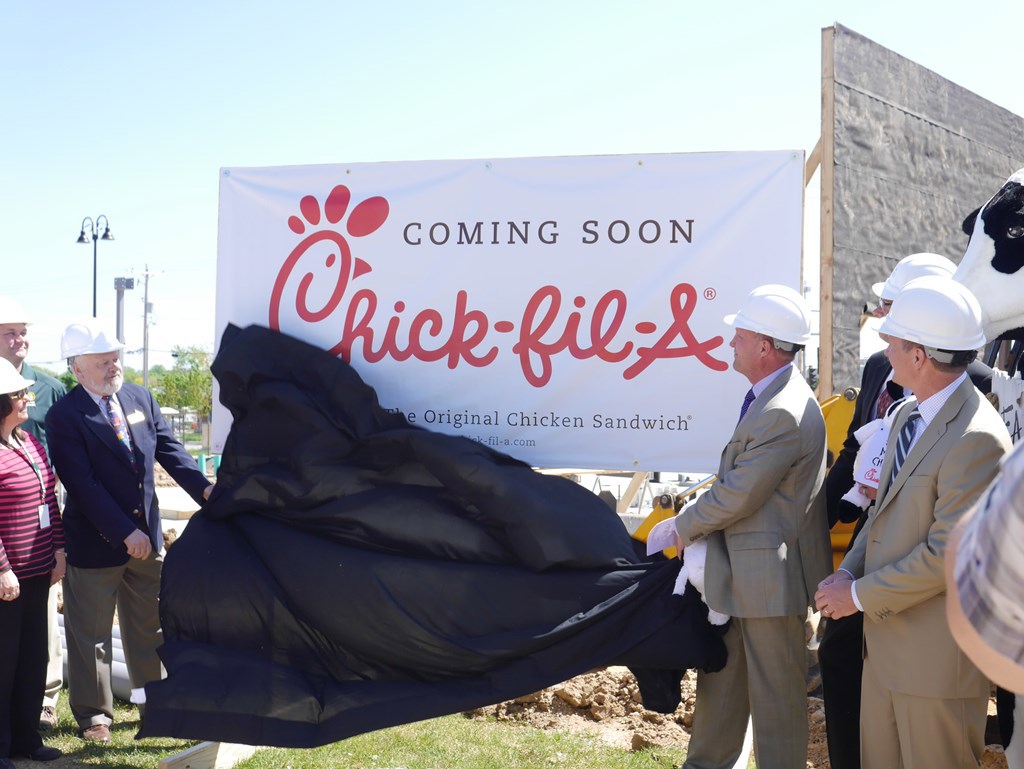 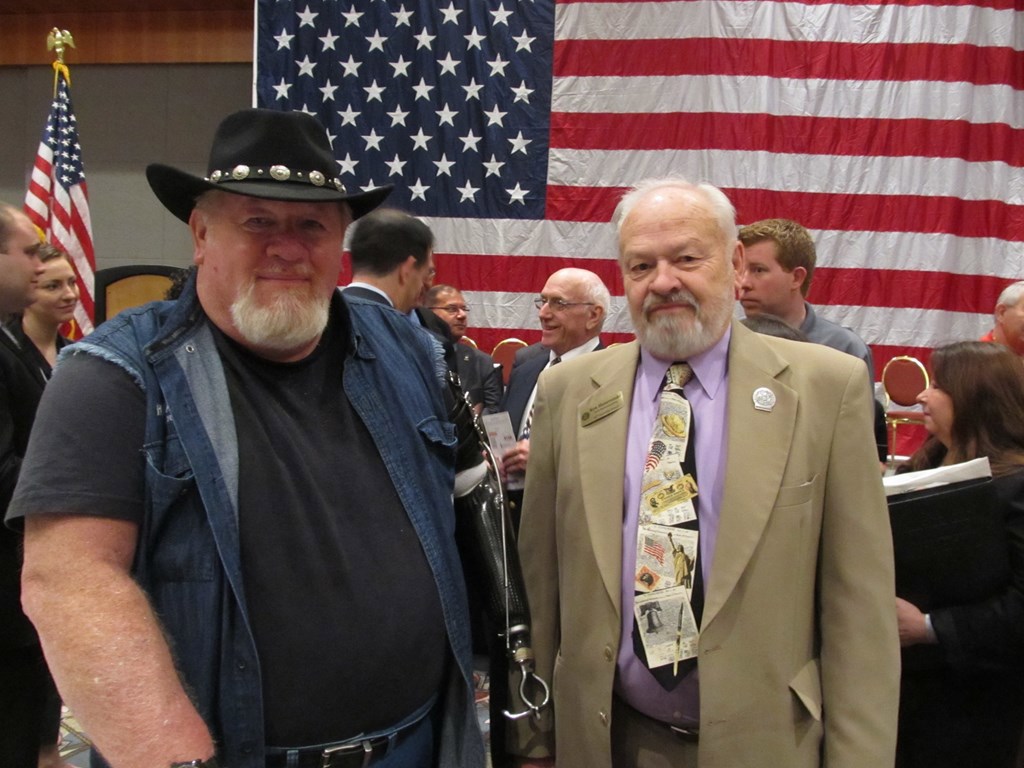 Recognition by Poland's Minister of Science and Higher Education

Thank you for all your support!